Back to Our Network

A sustainable mobility model for our country 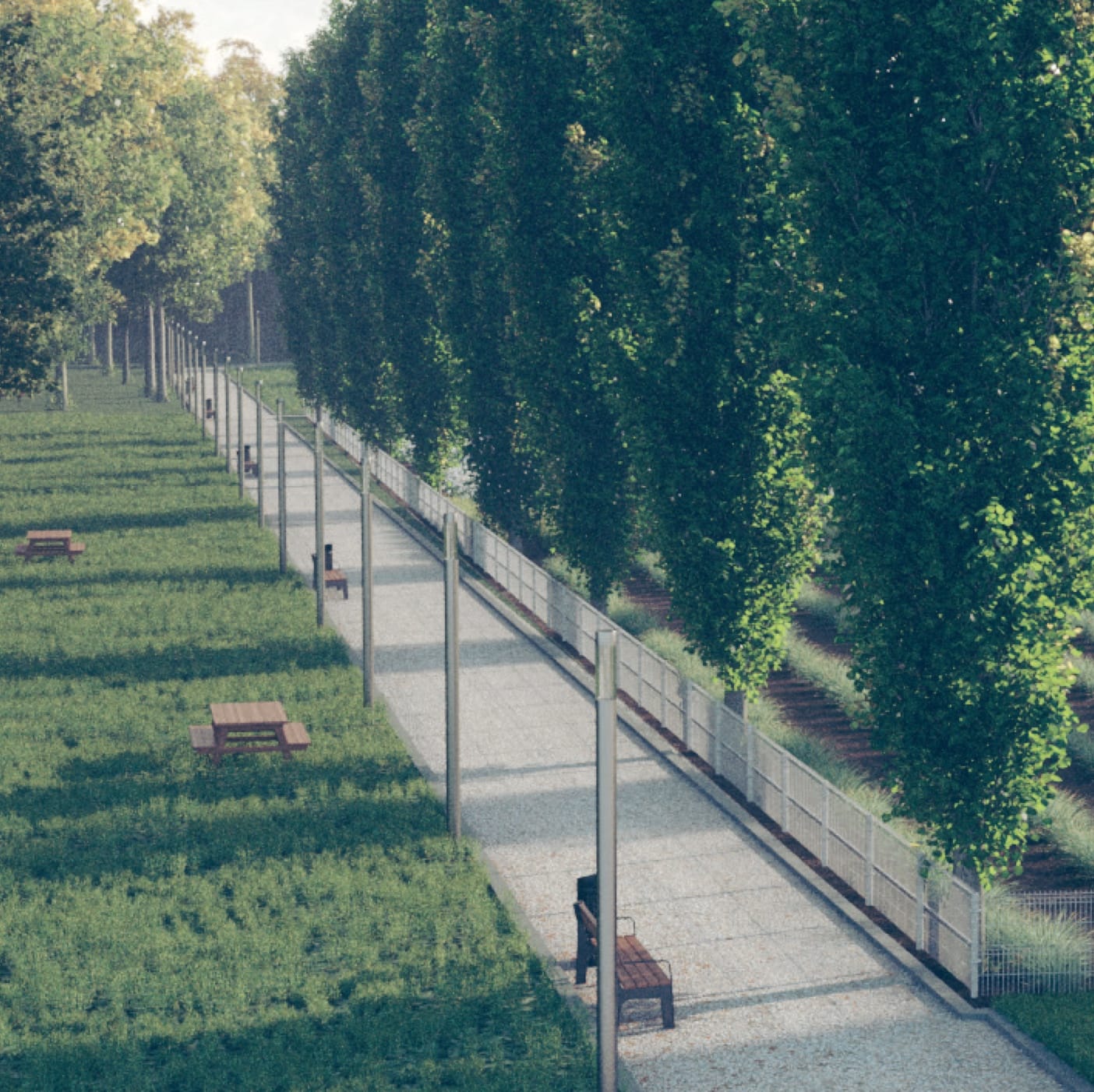 An infrastructure born as a “bypass” element for a historically important node for national connections, which is now being transformed into a high-performance motorway section.

It enhances travel experiences and aims to permanently overcome the image of suburbs as residual space as opposed to the city, safeguarding both natural ecosystems and elements of historical and landscape value.

Thanks to the new project of the Passante di Bologna, Reno, Navile and Battiferro canals will once again be fully usable areas, attractive to citizens and safe from a hydraulic and structural point of view.

At Navile and Battiferro, the Passante is an opportunity for a major upgrading project improving the connection between the new parks north and south of the infrastructure, and making the area between the two canals fully usable, encouraging slow mobility, sports, and entertainment. 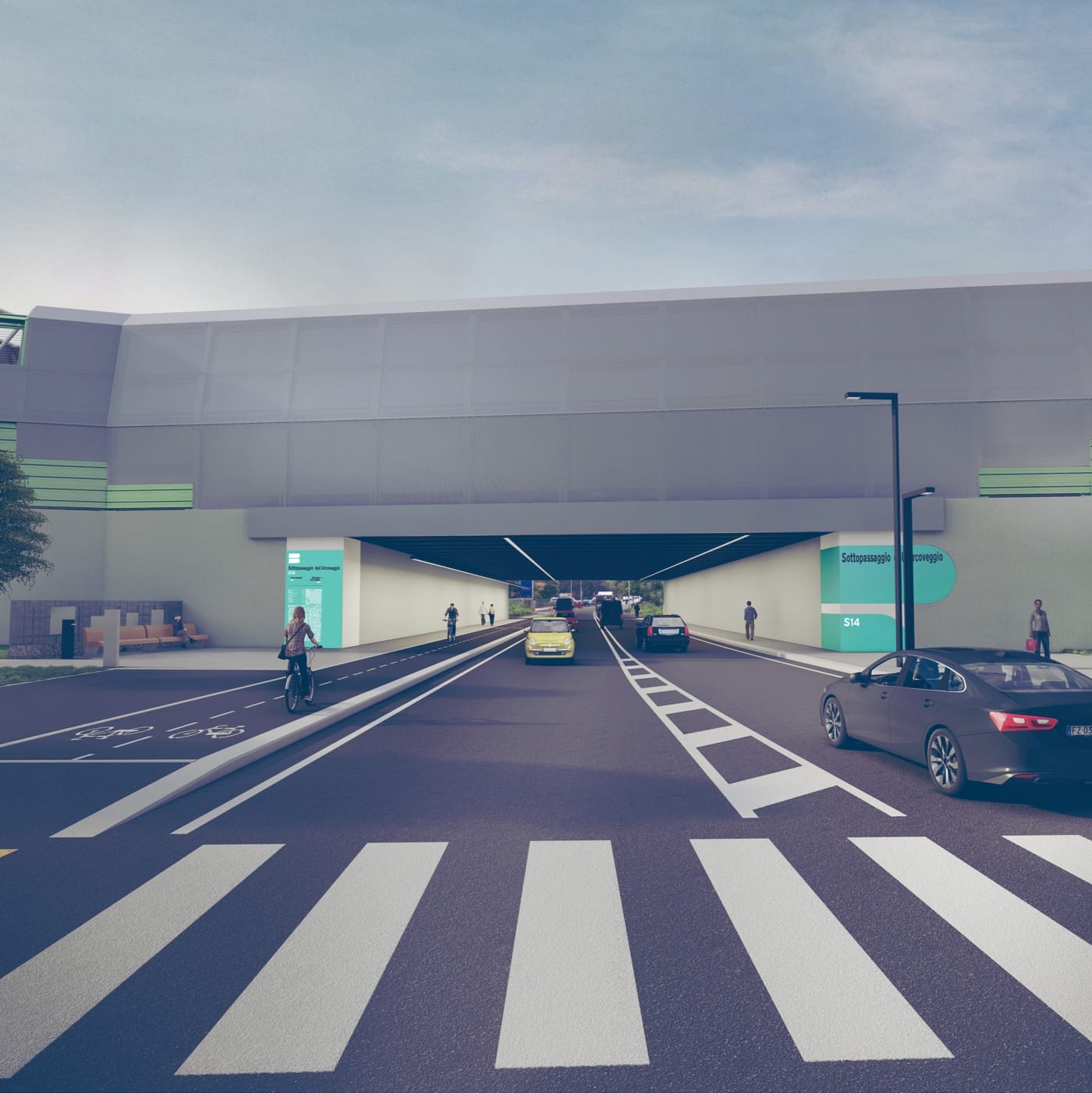 In addition to eliminating traffic noise, the soundproof tunnel along the bypass is conceived as a reconnecting element, realized through a spectacular roof garden, made up of well-equipped green spaces and fine street furniture, the foundation of a larger reforestation program accessible by a network of new bicycle and pedestrian paths.

The new configuration of interchanges in the San Donnino area includes the replacement of the current flyover with a new deck arranged for the future tram line, and the construction of a new connection road system.

An intervention that preserves the area of through traffic, reduces emissions locally, and promotes slow mobility.

The project in figures 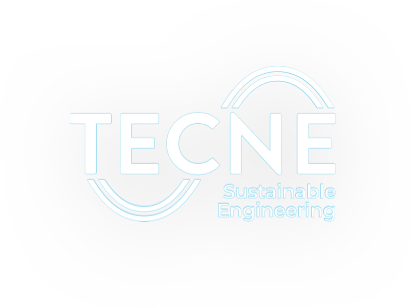 the engineering and construction company of ASPI Group

the project includes the on-site upgrading of the existing A14 Motorway/Ring road system, with 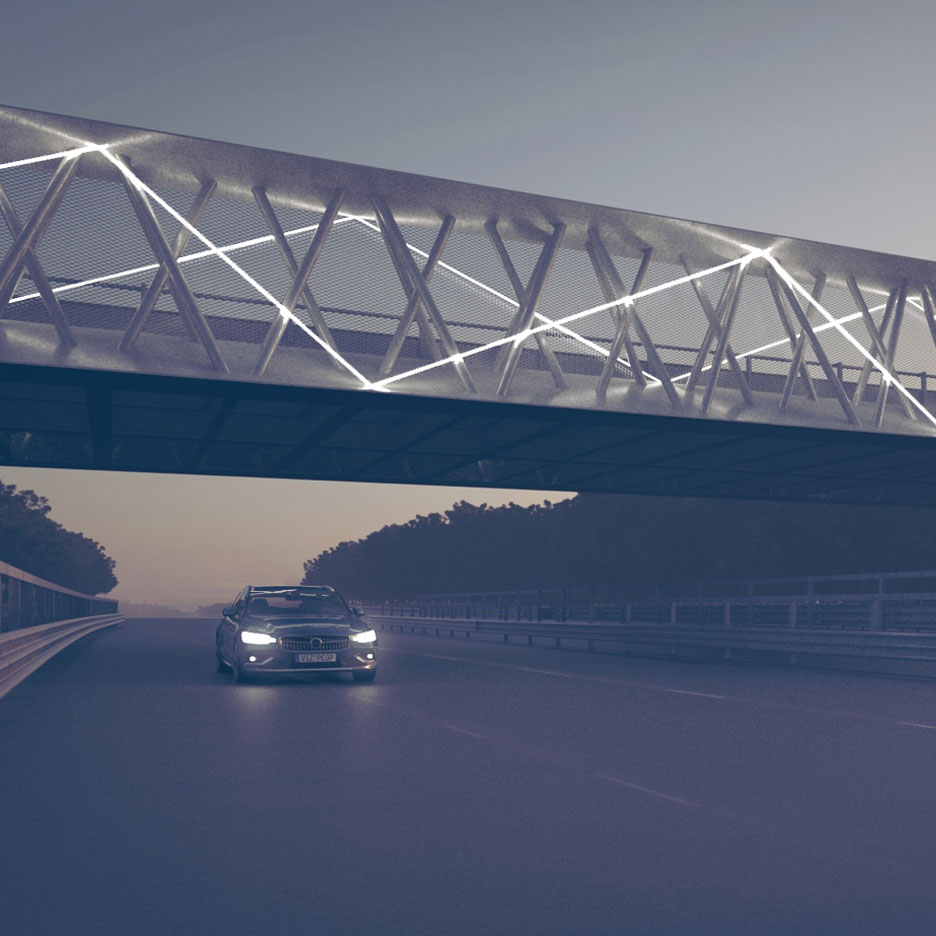 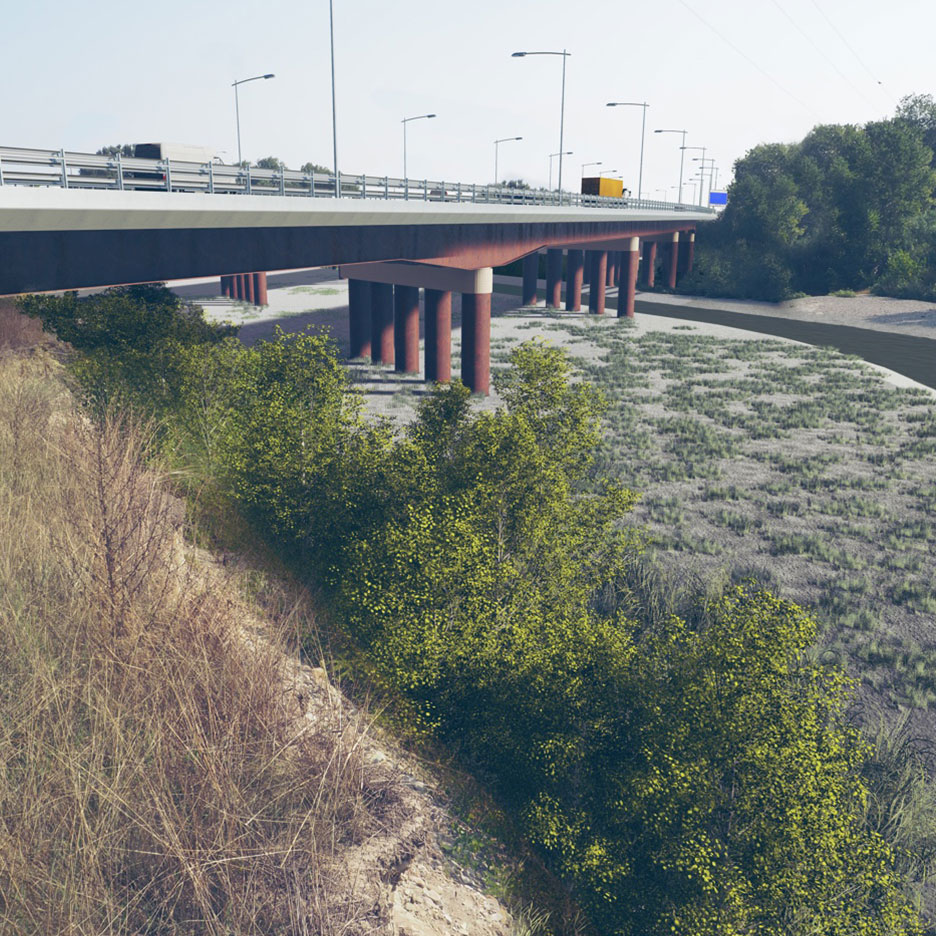 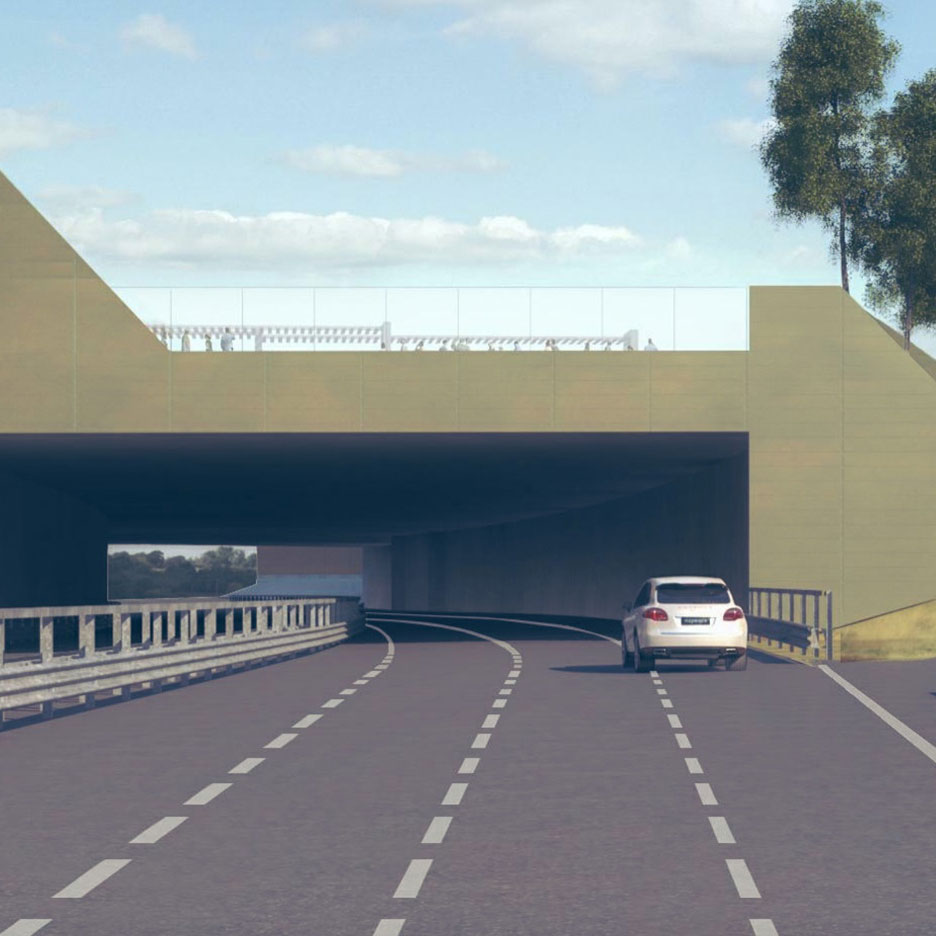 A strategic project for the entire national system, worth more than EUR 1.5 billion, capable of improving the mobility of one of the most critical nodes of the whole Italian motorway network, while simultaneously fluidifying the motorway and urban sections.

The major reforestation works along the route

contribute to improving the quality of life for residents.

The first motorway infrastructure in Europe to receive Envision certification with the highest attainable rating level, the Platinum one.

An award that brings a new record to Autostrade per l'Italia, having designed an infrastructure capable of meeting in full the requirements of the international protocol that assessed economic, social, and environmental sustainability throughout its entire life cycle, from the design and implementation to entry into operation.
In the Envision certification, the dual function of the project was evaluated, both the ability to improve the mobility of one of the most critical nodes of the entire Italian motorway network (preserving connections with the motorway network interconnected to major routes, such as A1, A13 and A14), while simultaneously fluidifying the urban motorway section. In fact, upgrading the node will result in travel time reductions of about 4.5 million hours per year; the decrease in travel times and lengths will also generate a decrease in CO2 emissions across the entire metropolitan city, quantifiable at about 1,350 tons per year.
In fact, the Passante was conceived, in agreement with the territory, as a true green infrastructure, a project capable of upgrading the area crossed, increasing environmental endowments and systematically containing noise pollution and atmospheric emissions. 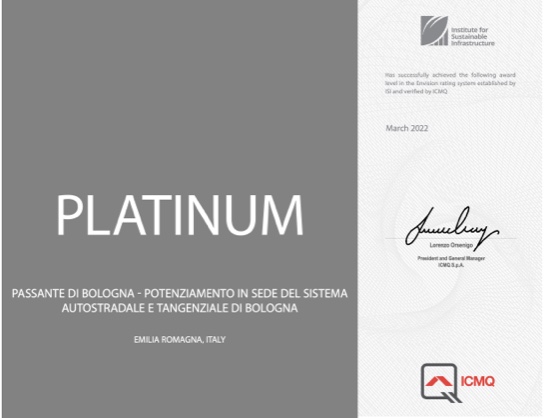 The intervention will implement the development of an ideal “green ring” of about 160 hectares serving as a major environmental/landscape mitigation and inclusion structure for the project, while also expanding the range of usable areas for citizens with 30 hectares of new public parks, planting 34,300 trees and about 60,000 shrubs. Asset declared as of Public Interest

Execution of Expropriations - Granting the possession of areas and buildings

Transmission of counter-arguments to remarks

Transmission of counter-arguments to remarks